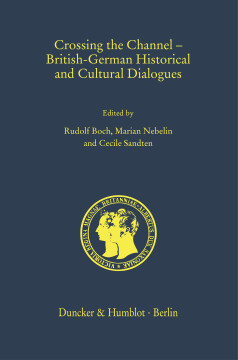 During the enlightenment period, Britain was advancing fast as a world economic and political power, becoming an Empire. German writers, artists, and politicians became increasingly interested in the ideas, language, science, and the incipient industrial developments in the country across the Channel. This industrial boost gripped most European countries and led to a true Anglophilia in Germany. However, the British-German exchange was not a one-way road. Apart from aesthetic discourses in fields such as literature, philosophy, religion, or the arts, gardening was a great subject in the British-German cross-over. At the centre of this collection of essays, however, are topics that have received little attention to date. By concentrating on linguistics, physiognomy and phrenology, racial theories and twin studies, the reception of antiquity or biographical studies, this volume critically reflects on specific themes in the dynamic British-German cultural and historical dialogues.