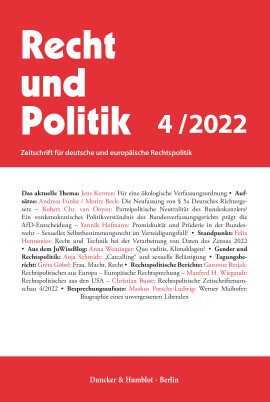 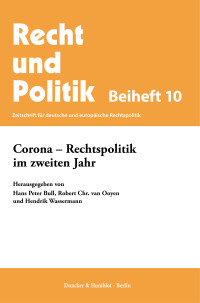 Recht und Politik (RuP) is a German law journal examining developments in German and European law and policy. RuP focuses in particular on public and constitutional law. From its first issue in 1965, the journal’s approach has been interdisciplinary, blending progressive discussions of legal matters with important political context. German legislative and judicial decision-making is so intertwined with EU legislation and court decisions that RuP is intensifying its attention to EU issues. Starting in 2017, RuP expands its analysis of legal discussions at EU level and publishes selected key documents from the Court of Justice of the EU. Recht und Politik is published quarterly in German. Its readers and contributors are primarily lawyers, judges, legal scholars, political scientists, politicians, and practitioners involved in developing legislation on European and national level. RuP contributors include prominent members of the German legal establishment as well as up and coming scholars and practitioners. 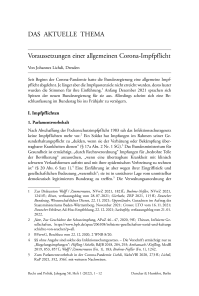 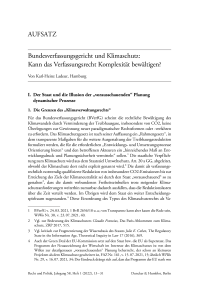 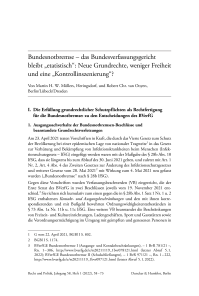 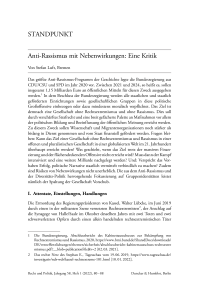 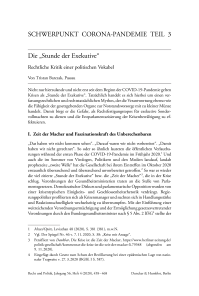